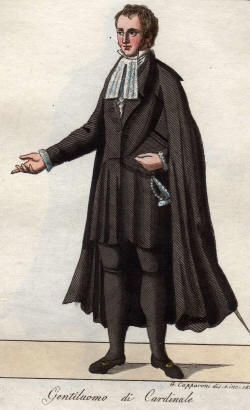 Traditional costume of a gentiluomo.

Her grandfather did the job before him. She notes the current Cardinal’s predecessors are “under the sod.” 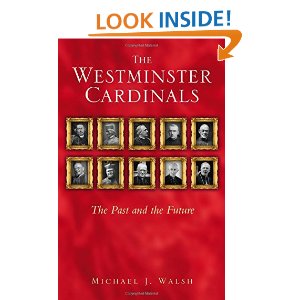 Jennifer has known the Cathedral “since childhood” and is on good terms with the priests, including Father Mark [Langham], with whom she shares some champagne at one point, and a Father Sean, a gardener whom Father Mark describes as “a martyr to his tomatoes” [the joke works better with an English accent], and whose rooftop garden at Westminster is visited by the ladies. [Father Mark, now Monsignor Mark, apparently went on to advise the Vatican on Catholic-Anglican relations.]

Clarissa says, “Who’d want to be Protestant when you can have Cardinals?”

[In Cooking with the Two Fat Ladies, Jennifer says that Cardinal Hume “lives around the corner from me; I often have chats with him from my motorbike and I love him.” The Cardinal died just two months before Jennifer did in 1999, and the position of Gentiluomo was apparently discontinued by his successor.]

Cardinal Hume: “I often have chats with him from my motorbike and I love him.”

The field trip takes them to a farm tended by Anglican nuns on the grounds of St. Michael’s Convent at Ham Common [in Richmond, Surrey], where Jennifer lectures a nun about how to cook pumpkin flowers.

DISHES: Clarissa prepares stuffed artichokes, and demonstrates how to clean one, comparing it to “the labors of Hercules.”

Hercules and the hydra.

Jennifer cooks a bean dish with eggs, bacon and anchovies she calls “Beanz Meanz Fitz [sic]” because she learned the recipe at a house called “the Fitz” “just outside of Cockermouth in Cumberland.”

[Thanks very much to reader Robert for breaking down this reference for me:

[Greetings from one annotator to another. I’m not sure of whether you thought this too obvious to mention or they didn’t have it in the US and you were misled by the Z in ‘Fitz’, but the other Zs indicate it’s a reference to the Beanz Meanz Heinz ad campaign.

[Indeed, this campaign is quite unknown in the States; Heinz beans in fact need to be specially sought out in shops fortunate enough (?) to have a “British” food section. Thanks, Robert!] 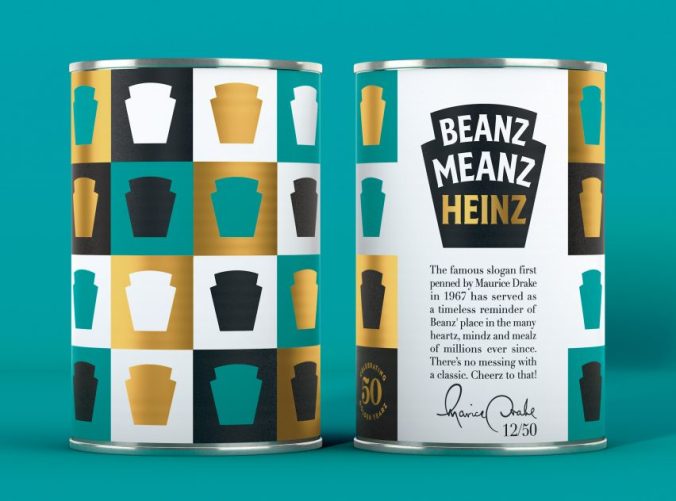 Jennifer says to serve the dish with brown bread and butter, and threatens to “stop acquaintanceship” with anyone who says they don’t like it. She also does a cold “summer pudding,” a rather bloody-looking terrine of tomato and bread. [In Cooking, she says the dish was inspired by panzanella.]

For dessert, she makes “Peaches Cardinal Hume”: peaches poached in syrup, served with a raspberry sauce and topped with basil leaves rather than the traditional mint (in honor of Hume’s first name).

“Peaches Cardinal” is named for the red topping Catholic Cardinals are traditionally served with.

FOOD TIPS AND LORE: Catherine de’ Medici, who “taught the French how to cook,” “nearly died of a surfeit of [artichokes] on her wedding day,” according to Clarissa. [Reading about this, I discovered her fondness for them was scandalous, as they were considered an aphrodisiac at the time.] 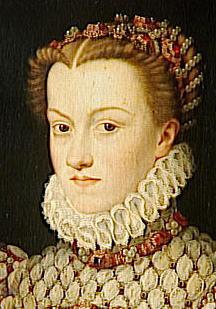 Catherine de’ Medici, who had a lust for artichokes. 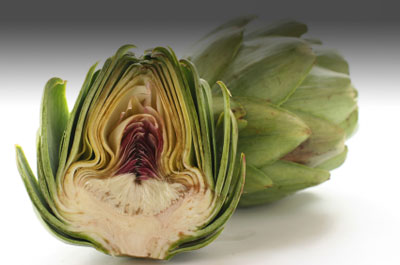 Not hard to see where their reputation comes from.

Rubbing artichokes with lemon juice will keep them from discoloring.

Putting boiled eggs in cold water as soon as they’re cooked will keep the yolks yellow, according to Jennifer. Clarissa says chewing parsley will get rid of garlic breath.

The ladies discuss the Latin name of witch-hazel.

Bubble and squeak is so called because of the noises it makes while cooking, Clarissa says, which leads to this exchange:

Clarissa: The howl of a lettuce as it’s plucked from the earth . . .

“The howl of a lettuce as it’s plucked from the earth.”

Dark-green greens are best for this dish, and lard and beef drippings are the only fats that will get hot enough to fry it properly. (Jennifer notes that chips are also better made with beef drippings.) [In Cooking, Clarissa suggests two other essential rules for making this dish: “You need a really heavy frying pan,” and “the potatoes must be cold before you start.”]

A little sugar will bring out the flavor of tomatoes. Passata is strained fresh tomatoes.

REMEMBRANCES OF THINGS PAST: Clarissa says she once taught etiquette to yuppies in Leeds, saying how to eat artichokes was a thing they particularly wanted to learn. (“But the yuppie is gone, and the artichoke remains.”) 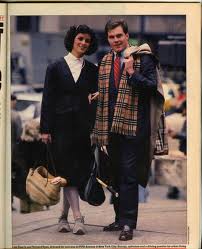 “The yuppie is gone, and the artichoke remains.”

She also says, “I once lived with a man who would have committed acts of violence upon my person had I not been able to intervene by swiftly cooking bubble and squeak.”

The ladies, both raised Catholic, discuss childhood memories of nuns, with Jennifer saying they had expelled her from school at one point.

Jennifer Paterson as a schoolgirl (pictured at the far right).

[In Enjoy!: A Celebration of Jennifer Paterson, Jennifer’s brother Charles writes she was expelled for “disrupting the even tenor of the school”; “in the family,” he says, “we always heard that she was running some kind of ‘protection racket’ and was found standing near to a girl with a tooth out and looking suspicious with a roller skate in her hand. No doubt quite apocryphal.”]

She says she never desired to become a nun herself, and Clarissa says “My mother told me they wore calico underwear and et horrible things, so that was me out for a start.”

Clarissa asks, “Didn’t [the nuns] have extraordinary habits?” and Jennifer responds, “Veddy,” before roaring with laughter. She goes on to claim that the nuns in her youth “had the chicest habits in the world, actually,” which were designed by Charles Frederick Worth’s house.

STRONG OPINIONS: Jennifer can tell the bacon she puts in her bean dish is of high quality because there is “none of that milky muck in the bottom of the pan . . . water or whatever it is they put in nasty bacon.”

[In Spilling the Beans, Clarissa notes that the tomato pudding was her favorite recipe of Jennifer’s.]

SONGS AND MUSIC: Clarissa quotes a Gracie Fields song (“It was only a glass of champagne, but it led a poor girl to sin”). 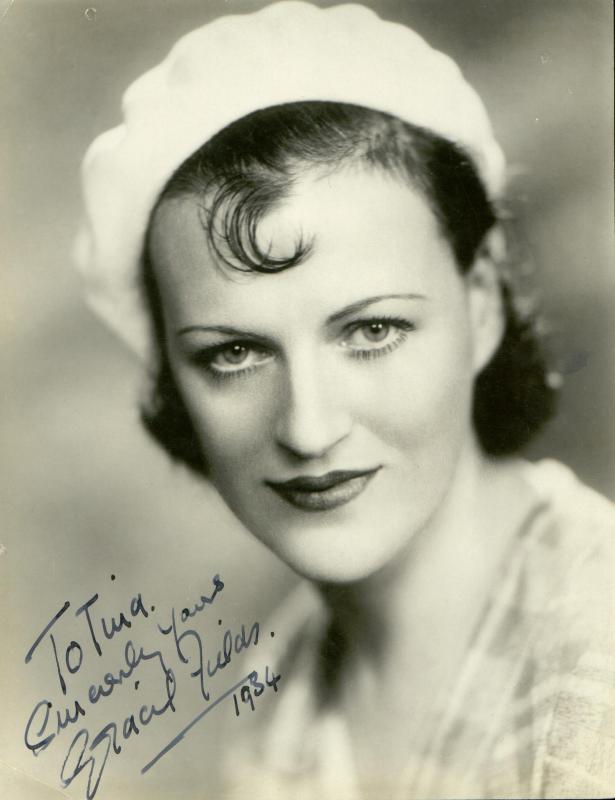 The incidental music played a couple of times is “Welten singen Dank und Ehre,” the “Hallelujah” from Beethoven’s Christus am Ölberge (sung in English).

LITERARY/CULTURAL REFERENCES: The basil in Jennifer’s tomato pudding inspires a discussion of Keats’s “Isabella,” a poem in which a woman hides her murdered lover’s head in a pot of basil. “The face was white and green, that livid spot!” Jennifer misquotes (slightly).

Isabella and the basil.

[According to Freddie Foster, a vendor at the Pimlico Road Farmers’ Market in London, Jennifer had a magic ability to revive wilted herbs, and once took twenty pots of “dead” basil home from the market only to return three weeks later with all of them alive and thriving.]

STYLE WATCH: The slit in the back of Jennifer’s blouse is visible for the very first time. 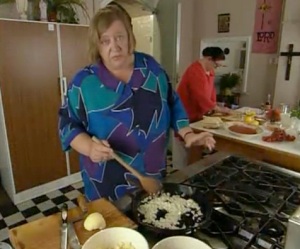 XENOPHOBIA ALERT:  Clarissa helps Jennifer by making her strained raspberry sauce, saying, “Please, I implore you – don’t call it a coulis.” This leads to the following exchange:

Jennifer: A coolie is a Chinese gentleman in a triangular straw hat, in my book. 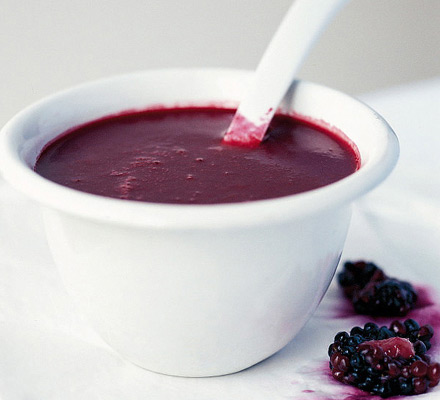 ON DRINKS AND DRINKING:  Jennifer drinks champagne with Father Mark and later seems a bit tipsy on the roof; Clarissa later claimed she was quite drunk in that scene and nearly fell. Jennifer says to drink Beaumes de Venise or Prosecco with her dessert peaches.

PHONY BUSINESS: The ladies are cooking at the Cathedral because “the Portuguese nuns are on holiday.”

MISTAKES: I noticed for the first time that the bananas move slightly in the opening credits.

Clarissa burns her bubble and squeak.

TRADEMARKS: Anchovies in the Beanz Meanz Fitz. Clarissa describes herself as having “an Eighteenth-Century soul” and uses a vintage chopper to cut potatoes. Jennifer notes that the salt she uses for her tomato pudding is “proper.”

2 thoughts on ““Who’d want to be Protestant when you can have Cardinals?” – Fruit & Vegetables”